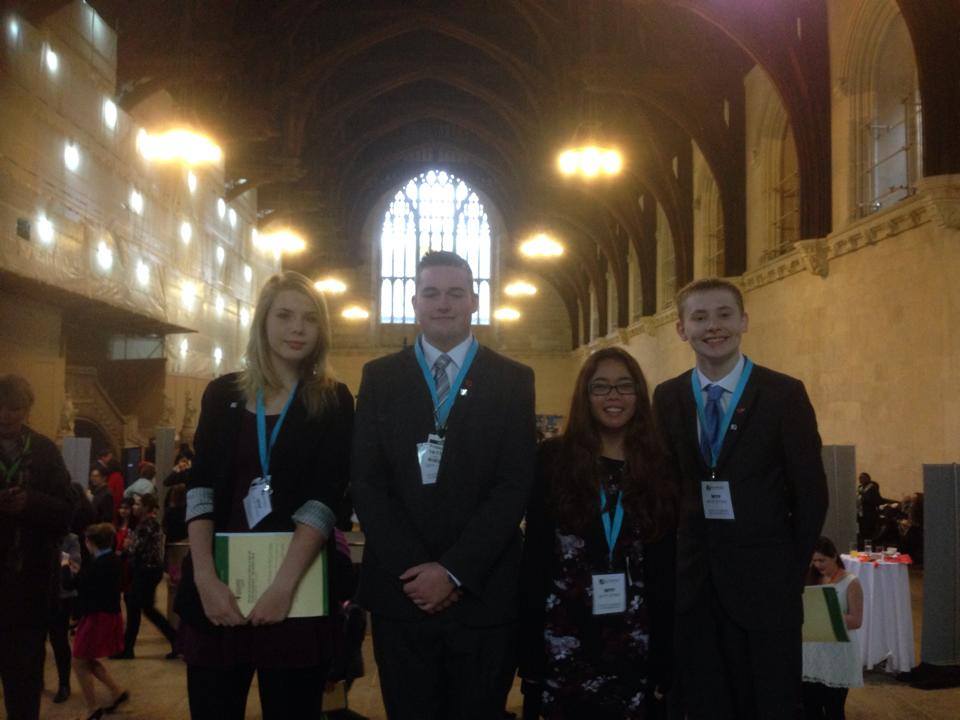 On Friday, 14th November 2014, 285 Members of the UK Youth Parliament (MYPs) gathered in the House of Commons to discuss five issues chosen by 876,488 young people aged 11-18 in the 2014 Mark your Mark ballot; the highest turnout in any youth ballot ever!

This day is the highlight on every MYPs calendar as they get to experience sitting on the famous green benches in the chamber, where the likes of Winston Churchill, Margaret Thatcher and Tony Blair have all sat and shaped our future in the home of democracy.

As part of Parliament Week 2014, the UKYP had their sixth annual sitting and the topics up for debate were; a living wage for all, better mental health services and education, work experience, votes at 16 and exam resits in English and Maths. The debates were chaired by Speaker of the House The Rt. Hon. John Bercow MP, and witnessed by the Leader of the House William Hague MP, with Youth Minister Rob Wilson MP and Labour Chair of the Backbench Committee Natasha Engel MP.

UKYP also paused to commemorate WWI, with many MYPs reading short speeches about how the war impacted their local area and the house paused solemnly for a minutes silence to reflect on the lives lost and what can be learned from it.

To introduce each topic an MYP from each region stood at the despatch box and argued for the topic, another MYP argued against then the debate was opened to the floor for backbench contributions.

In Suffolk, one of the top twenty performing local authorities, in regards to turnout, which was 12.63% of the youth of Suffolk (British Youth Council, Make your Mark Final report 2014 ), the priorities chosen by the youth population in Suffolk were Mental health and a living wage, with exam resits the third most popular topic.

The day spent in Parliament was lively, full of passion and energy and as commented on by MPs ‘you don’t often hear cheers and applause in the House of Commons but then it’s not every day that the debating chamber is taken over by the UK Youth Parliament’! There were even cheers and applause from the public gallery, which Mr. Bercow stated was ‘unusual’!

After the debates the MYPs divided into the Ayes and Noes corridors and placed their votes, with the MYPs from Suffolk representing their constituents and voting for what their young people would want. The results were announced in the late afternoon to loud applause and cheers that saw ‘mental health’ prioritised as the UK priority campaign for 2015, whilst ‘a living wage for all’ was voted as the priority campaign for England.

Suffolk UKYP will begin work on the Living Wage for all with the campaign aptly named ‘Raise the Wage’ with a national campaign day on 24th January.

MYPs are looking forward to consulting with young people and decision makers on the ‘Better Mental Health services and education’ as a priority in the New Year.